Free Your Software/Culture and the Rest Will Follow by Justin "threethirty" O'Brien is licensed under a Creative Commons Attribution-Share Alike 3.0 Unported License.
Unless otherwise noted.

Permissions beyond the scope of this license may be available at NumberedHumanIndustries.com/legal.

The opinions expressed on this blog are my own, not those of any employer (past/present/future). My opinions are also not necessarily the opinions of any organization with which I have/had/will have a volunteer affiliation. Also I am *NOT* a lawyer. If I have said anything that could be construed as legal advise believe me it isn't. Please seek legal advise from a lawyer licensed to practice in your jurisdiction.

My brother showed me this post at hacks.mozilla.org on how to do the much bitched about html5 video tags. So I totally had to do it, and I did.

Here is my page http://numberedhumanindustries.com/video

The cool thing is that you can have it degrade codecs and and even all the way to flash. The first (intro) video is this way, but the rest are theora/vorbis file (yeay freedom!) So here is a little howto.

First You need a place to store the vids that you can link to. If you have dropbox you could put the vids in your public folder and link there.

To have a just theora/vorbis vid (because you love freedom) the code looks like this:

To have a theora/vorbis vid that degrades to mpeg4 the code looks like this:

Now if you need it to degrade all the way to flash (puke) then it would look like this:

ok that is the long and short of it. Not bad at all but you need to have Firefox 3.5 and some versions of Opera/Chrome/and possibly Safari with some extra codecs that screws the whole idea.

**EDIT: ok so I’m not smart enough to get the code to show up so just check out the mozilla hack page I was just copying from them anyway 🙂

Wow its been hot. we have been over 90 degrees F too many times for my liking. And due to this my server keeps crashing. I think I have it sorted out for the time being but I don’t think this is my permanent solution 🙂 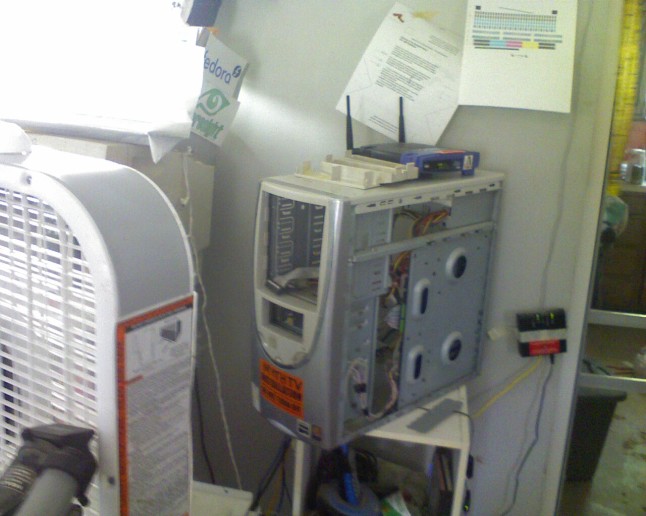 Is that your final answer?

Check out Sita Sings the Blues

Click HERE and see why the iPad is iBad

Click HERE for A guide to DRM free Living